Tween Halloween — Finding a Costume for a Teenager 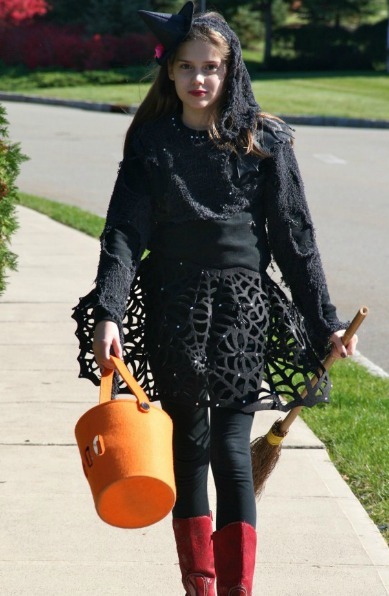 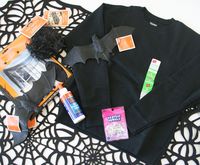 Halloween is just around the corner, and already my daughter has started to plan her costume. She is a tween, and this year the choice needs to be perfect, as she is keenly self-aware of every aspect of her presentation to the public eye. I’ve laid down a few rules, though. It needs to be simple. Not too sexy. It can’t be expensive, and she can not alter any of my clothes.

So, I suggested an idea that I saw in Real Simple about an old-fashioned jewel thief costume, where you wear a striped shirt, mask and lots of sparkly necklaces. Being a punny sort of girl, I also like their idea of going as a gold digger, where you wear lots of gold — shoes, top and jewelry, and carry a lightweight shovel. However, I know that there are those, like my daughter, who would not dream of going out in something so mundane, so I’ve been haunting (get it, haunting?) sites that have a good variety of store-bought costumes, like MrCostumes, which runs the gamut from Midnight Vampiress to a Glowing Goddess complete with fiber optics. I love their Morphman outfit, which transforms you into a Blue Man Group look-alike. And once I sent the Lite Up Fairy costume to my niece, she promptly put it on, lit it up, and has been the Sparkle Fairy Princess ever since.
Sighing and rolling her eyes as only a teenager can, my daughter told me vampires were so last year, and then declared she didn’t want to sparkle. Alas, she is no longer six. So I suggested our traditional fall-back costume, which requires nothing more than a long black wig, dress, boots and broom.
Apparently, according to National Geographic, there have been people rocking this look for quite some time. Needless to say, I was then accused of being too old-fashioned. I replied that Danielle at GreebleMonkey looks modern and amazing as a good witch/bad witch. I would steal her ideas in heartbeat. But green is not my daughter's color.
I knew we had it as soon as this final image came up on the computer. Standing over my shoulder, my daughter shrieked, “That’s it, that’s it, Mom, Mom, Mom.…” Katja at Skimbaco had done it — well, at least her daughter had. Her 11-year old designed this classic witch's costume for tweens, not too skimpy, not too scary, not too much makeup. Sewing machine required. It turned out to be surprisingly easy, and stunning in the details. Perhaps you too will show this to your daughter, and peace will reign in the kingdom until next year.
Check out more crafts for teens in our round-up.